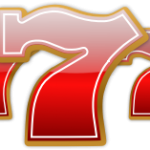 Slot Machines and Video Lottery Terminals look the same  but don’t  function or pay out the same way.

Slot Machines generally use a random number generator (RNG)  , which is basically a “computer chip ” inside generating random numbers and telling the reels where to stop.

Here is an excerpt from an American Gaming Association White Paper in 2010 regarding slots:

HOW DOES A SLOT MACHINE WORK?
Although a single play of a slot machine takes but a few seconds, it involves many steps inside the machine. The player selects the amount he wishes to bet on each play. Once play begins, the machine’s random number generator identifies a number for
each field of the machine’s screen. Through a two-step process, the computer processor within the machine (the “game processor”) translates each number into the symbol that will display in each field. First, based on a program developed for the game by its designer, the game processor assigns each randomly-generated number to a “reel stop.” (In a mechanical slot machine, a reel stop is a location on the spinning reel; in a video slot machine, a
reel stop is a location on a virtual reel.) Each reel stop is designed to produce a specific symbol for display on the screen.When the game’s audio and visual effects are completed, the symbols are displayed. At the same time, the game processor evaluates those symbols that will display on the “paylines” of the game’s screen. If any symbol or group of symbols matches a winning combination, that payline or field is marked as a win. The processor
calculates the amount won based on the odds incorporated into the game and the amount the customer bet. The screen notifies the player of the win, and also if a bonus is awarded. Every win is added to the player’s credit meter. The machine’s accounting
meters record the result of the play, which also is transmitted to the casino’s accounting and player reward system. After each game, a player can decide to play again — using the same wager configuration or a different one — or complete the gaming session by cashing out the credit meter for a  redeemable ticket or currency. If the player makes another wager, this
process repeats in the same manner, independent of the results of any prior games.

Video Lottery Terminals are more akin to a computer generated “scratch off” ticket.They are connected to a central computer system run by the lottery. Every time you pull the lever or press the button you are “scratching off ” another lottery ticket with a predetermined win or loss.. This includes the video poker VLT’s.
If you have ever played the video poker games you’ll know that there is a “genie” or some other gimmick that occasionally switches a card or cards at the end of your second spin to give you a winning hand or a better winning hand. This is because the outcome is already known to the terminal and it will pay out the predetermined win no matter what you do; assuming this hand was a predetermined winning hand and not a predetermined losing hand according to the information sent from the lottery central system.
So , one example is,  if your poker machine is sent a signal for a winning hand and you have three Ace’s  and you discard all three aces and end up with a losing hand the “genie” will change your cards after the second spin to show a hand of at least  three Ace’s or a similar hand that will pay out the same as three Ace’s.

This is from a NYS Government Accounting audit report concerning VLT’s :

VLTs resemble “casino” slot machines. The fundamental difference is that the results of each play on a VLT are determined by a central computer located at a Lottery facility to which all VLTs are connected. A predetermined random formula is used for each play of the machine………

……..The VLTs are required to pay bettors a minimum return of 90 percent of credits played, the actual monies bet by patrons. The remaining VLT funds (“net win”) are distributed to education; the respective VLT Facility operators and NYRA for purses, marketing, and capital projects; and the Lottery, to cover its costs of administering the VLT program. The VLT operators also retain a percentage of net win as a commission for administering the VLTs.

From NYS Gaming Commission: Video Lottery Terminals and Electronic Table Games: Similar in appearance to classic slot machines or as simulated classic table games, these terminals are linked to a centralized system maintained by the Gaming Commission that tracks the game play and earnings for each game.

Video lottery gaming operations began in 2004 at Saratoga Gaming & Raceway in Saratoga Springs and have since expanded to eight additional facilities. As of January 1, 2013, there were 17,213 such machines operating in New York State. 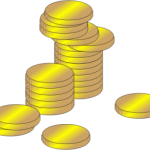 Payout:
As noted in the NYS Government Accounting white paper, Video
Lottery Terminals (VLT’s) , in NY are required to payout a minimum of 90%  return on credits played. Looking at recent statistics the  nine racinos have been paying just under 91% to as high as 94% at times. Slot machines in NY are only found in the Indian Casinos at this time (Three new commercial casinos are due to be operational in NY in 2016) and I don’t see any slot machine payout information for them and they are not required to post it , as far as i know.

Here is a clip from the Empire Raceway fiscal year 2014/2015 report (click to enlarge):

You will see that the payout percentage (credits won) is over 92% for this time period. This clip of the report also shows the “net win” for Empire City Casino.

Looking at other slot payout information throughout the country it appears that slot payout can run from 89% up to a high of 97% in some Las Vegas casinos. A bad or tight  pay out for slots only hurts the casino in the long run as it appears that slots make up a large portion of their earnings and if there is a lot of competition , I would assume that, players will move towards the casinos with better payouts.